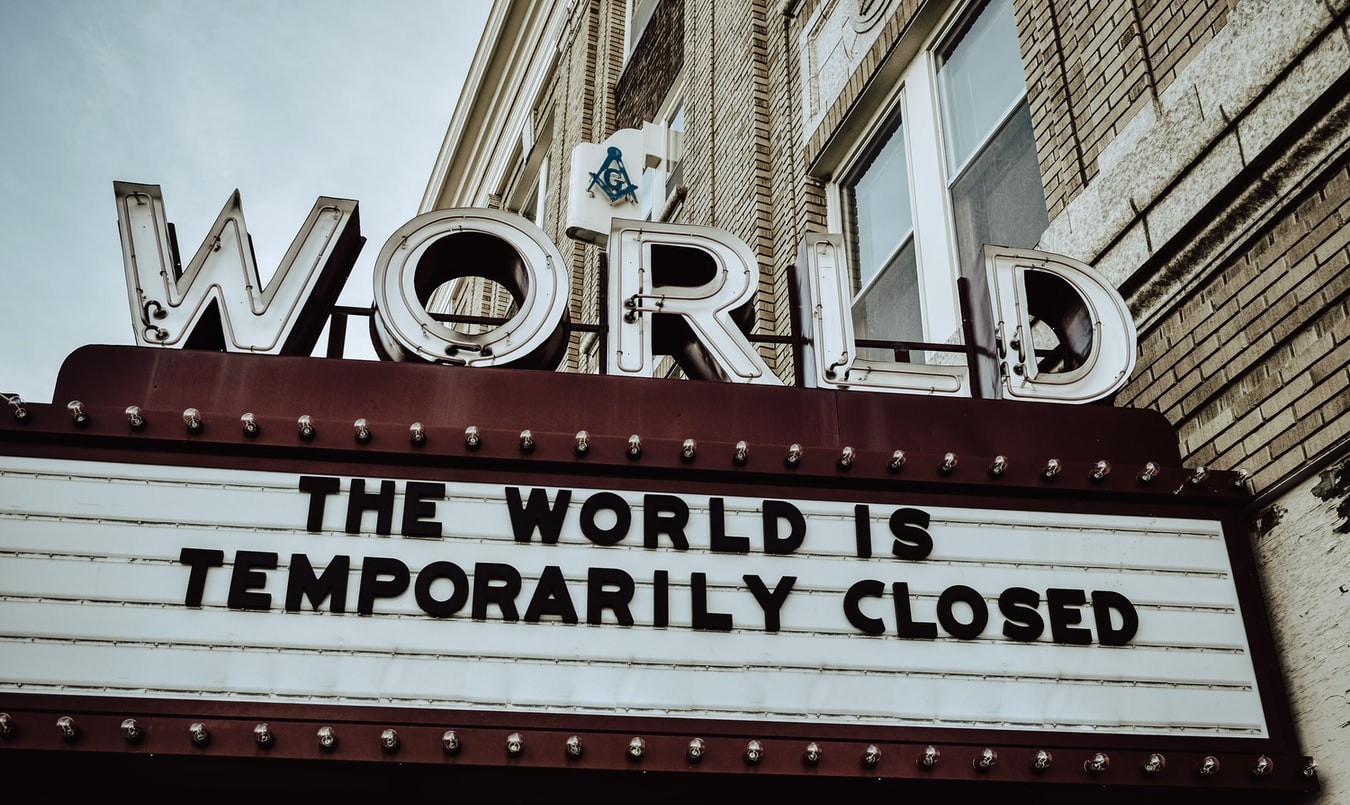 NIVA and the Case for Creative Sector Collaboration 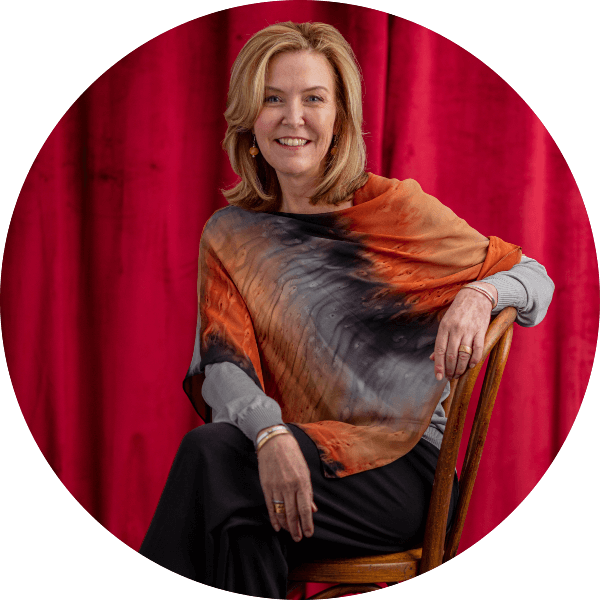 It’s a tax status, not an attitude.

I’ve been thinking about the variety of business models and players in our global arts and cultural ecosystem since this pandemic began. It struck me first because it seemed that other similarly affected industries had a collective voice, like travel and restaurants. They were getting public reaction, media support. But in arts and culture and live entertainment, there are so many siloed operators. Creative businesses, all. But with different legal statuses, incentives and postures.

My breath was taken away a little when in late summer I saw that the U.K. had this “collective voice thing” better in hand. The country’s Department for Digital, Culture, Media & Sport (DCMS) allocated £1.57 billion to something it titled the Culture Recovery Fund to support culture, arts and heritage institutions, including charitable and commercial entities. This in a region where the arts and cultural economy delivers .05% of total gross domestic product (GDP). In America, by contrast, the same sector contributed 4.3% of GDP (National Endowment for the Arts (NEA), March 30, 2021)—more than the construction, transportation and warehousing, travel and tourism, mining, utilities and agriculture industries. In this country, Congress allocated $75 million to the NEA, and then artists and businesses—for-profit and non-profit alike—had to seek and search for other, generic financial support in a myriad of places at the local, state and federal levels.

Fast-forward to this past Thursday, May 6, when the National Independent Venue Association (NIVA) received the Sidney R. Yates Award for Outstanding Advocacy by the Association of Performing Arts Professionals at its inaugural APAP Honors. I’ve just joined that board, and I watched with enthusiasm as Rev. Moose and Dayna Frank, two of the co-founders of the organization who have full-time gigs elsewhere, accepted on NIVA’s behalf this recognition of advocacy impact for the full arts ecology. Frank said, “it was truly wonderful to work across the non-profit and for-profit sectors…with government entities…and come together as one arts economy and creative economy to achieve relief for our industry.”

By now most in the U.S. arts and entertainment community are familiar, if not with NIVA, per se, then with the movement it became: #saveourstages. And here’s what it caused: $16 billion in government relief accessible through the Shuttered Venues Operators Grant, or SVOG. Like in the U.K., commercial, non-profit and government operators alike can apply … relief for the whole sector. NIVA got its start just one year ago, in April 2020, as the existential nature of the crisis was becoming clear.

Finally. An amount, a number, that felt like it reflected the impact of the arts and live events sector in America.

And what did that take? I was so curious, so interested in learning from the people who made this happen — especially because their efforts made it apparent that existing American systems couldn’t make it work in the same way. NIVA appeared to be nimble and creative; it’s clear they moved fast. And man: the results. They were unlike anything politically or financially we’ve seen, even as we have major-league and-sized lobbying organizations deployed year-round by so many.

So, I reached out to NIVA’s Moose and Frank, and these wonderful people gave me time. What I learned is that commercial and non-profit operators have so much more in common than we know or focus on.  Certainly, our causes are aligned, not just now but in general. I also learned that their impact reflects what’s possible if we work together NOW and moving forward in our communities and nations with a big vision in mind.

Marching forward against all odds.

The background and operational details of getting NIVA and the Save Our Stages Act up and running have been documented in the media, and two articles in Pollstar this year and last year tell the story well. When I talked to Moose and Frank, I was interested in the sheer creative energy required to not only found NIVA but also to drive such results. If you read my blog from last month you’ll see I was thinking about Jim March’s definition of creativity, which requires three things: 1) slack, which means having sufficient time and resources for exploration, 2) hubris—belief that inspires risk-taking, and 3) optimism, which takes hold when a vision of something truly different is made to seem more promising than the status quo.

Moose, Frank and I talked about these ideas and how they related to their work with NIVA. I must admit that even applying the concept of creativity related to Save Our Stages was a tough sell for them.  Moose said, “This is the closest I feel like I’ve ever felt be to being at war — knowing that there’s no way that it correlates and with every respect to people who have actually served our country — but there was no alternative, this was existential. Our industry was failing. Marching forward was the only option.” But I pushed, and said, “You must have felt something akin to optimism, a belief that you could do something different, like in March’s definition, something more promising than the status quo?”

“Optimism? Not really. Maybe the opposite: desperation,” said Frank. “The independent venue world felt invisible. There were no provisions for our world. Lobbying wasn’t part of our experience or need. We were unfamiliar with Americans for the Arts. PPP (Paycheck Protection Program) funding didn’t provide in the way we needed.”

On to slack. While they eye-rolled about their own slack and lack of it, Moose and Frank acknowledged: There were many people out of work and furloughed who unexpectedly had slack and could dig in and volunteer. Many others volunteered simply out of love for and interest in the future of the live entertainment field.

The belief (not hubris, they both argued) came as they began to formalize, organize, sell merchandise to fuel their limited operations, and raise money that went to the Emergency Relief Fund that went directly to venues. Everyone volunteered. Meanwhile, many had full-time jobs trying to keep their venues afloat. And to my ears, here’s the key to NIVA’s success, as described by Frank:

“It was a like a sports team. We all played different, necessary roles. And everyone felt existentially threatened, so we didn’t have the luxury of negativity and in-fighting. But let’s be clear: We did feel cultural differences between the commercial and non-profit operators in the room.  It was also clear it was critical to INCLUDE — including government-owned facilities. It only occurred to us to collaborate.”

There are differences, of course. Let’s start with the fact that in entertainment there are what I call “Big E” entertainment companies like Live Nation, Eventim, and AEG, and “small e” entertainment businesses, like ones that present live events in a local community. The “Big E’s” are often publicly traded and enormous on a global scale, presenting and touring big names across the entertainment spectrum, and whose financial and operational remit is clear.

“Small e’s” on the other hand — these are most often run by local community members or government authorities. Their legal and tax status may require that they post a profit to continue or to grow; or they may be non-profits whose benefit to the community grants a charitable status that doesn’t require a profit and enables fundraising and the rest. But the “small e’s” tend to be local and driven by local concerns and economies. I was reminded by Moose and Frank as they wrangled the entire ecosystem toward the common goal of lobbying and impact that they’re ALL passionate as hell about providing live entertainment and culture to the people in those communities.

So, back to tax status and attitude.

Everyone involved in the arts, cultural and “small-e” entertainment industry is part of the same system.  As NIVA demonstrated, we should be navigating through this together to become more resilient. But I’ve observed three biases within the ecosystem that don’t serve us. I think they’re harmful and may unnecessarily slow our efforts to move into the glorious post-pandemic world we all desire. They include:

In talking with Moose and Frank, I was reminded about the things our ecosystem shares: passion for communities, quality of life and impact. All of the leaders within this ecosystem run small businesses. Some work for boards, some for government authorities, some in a 501(c)3 model, and some as commercial entities. But ALL have been hit by this pandemic in very similar ways. Most of us have had to hustle in the past year — with fewer staff, fewer resources, and radically different demands on our time.

But the year or 18 months ahead? That will be about recovery and resiliency — IF we create new ways, test and learn, and work together as a sector toward it. Let’s think about the arts/entertainment/cultural system as one local, regional and national asset together. Our sector’s resiliency will be stronger if we do.

Remember: It’s a tax status. It should NOT be an attitude.

Join me on this journey exploring creative resiliency

Jill S. Robinson is CEO of TRG Arts (The Results Group for the Arts), a renowned international, data-driven change agency and a ColoradoBIZ Top 100 Women-Owned Company. As a driving force in the arts and culture sector, Jill has inspired leaders and organizations for more than three decades, and her expertise and counsel are sought out by arts and cultural executives worldwide. Jill believes in the transformative power of arts and culture experiences, and that positive, profound change in the business model of arts organizations leads to artistic innovation that can inspire entire communities.

TRG 30 is a bi-weekly 30-minute series of conversations and provocations with CEO Jill Robinson and invited guests. Open to anyone in the arts and cultural sector, the sessions provide insight, counsel and inspiration.