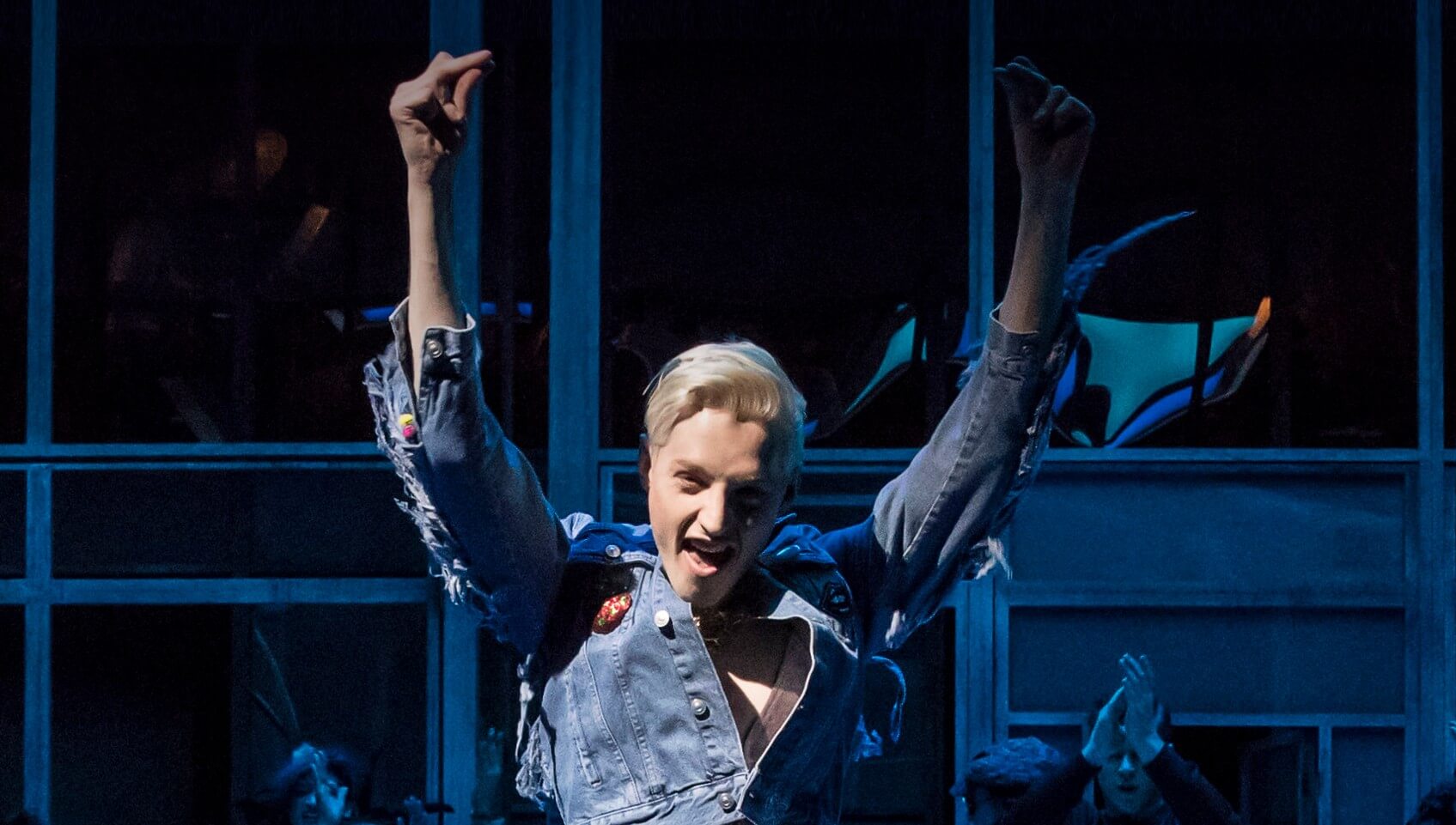 In autumn 2015 Sheffield Theatres was in a good place, seeing increasing revenue returns and having won UK Regional Theatre of the Year twice in consecutive years at The Stage Awards. However, as Chief Executive Dan Bates and Communications and Fundraising Director Claire Murray explained, with decreasing public funding, the organisation knew it needed to make dramatic changes to ensure a sustainable future.

“Public funding accounted for 24% of our income when I arrived at the organisation in 2009,” said Dan. “By 2015 that had fallen to 13% – about a £500,000 difference – and we were aware that our Local Authority funding could disappear. We didn’t want to become too reliant on increasing ticket prices and were experimenting with different pricing plans, but with so many pressures on our time, it felt like we were just tinkering rather than having a strategic approach.” Audience numbers were also fairly static, and mapping that audience showed they came from the more affluent areas: we were conscious that we needed to try some alternative approaches in order to reach more people from different backgrounds.

With a beautiful proscenium arch theatre (the Lyceum), a modern building housing a large thrust stage theatre (the Crucible), and a Studio space, pricing was complex and inventory management difficult. The Lyceum’s three-tier block pricing structure varied per performance depending on expected demand, and all the entry-level tickets were placed at the back of the Balcony. Meanwhile, although one price applied to all seats, in the Crucible it varied per performance depending on expected demand. The audience consistently chose to sit in the central block rather than in the sides, so when Sheffield Theatres experienced a low selling show, it resulted in a poor experience for actors and audiences alike.

“…with so many pressures on our time, it felt like we were just tinkering rather than having a strategic approach.” 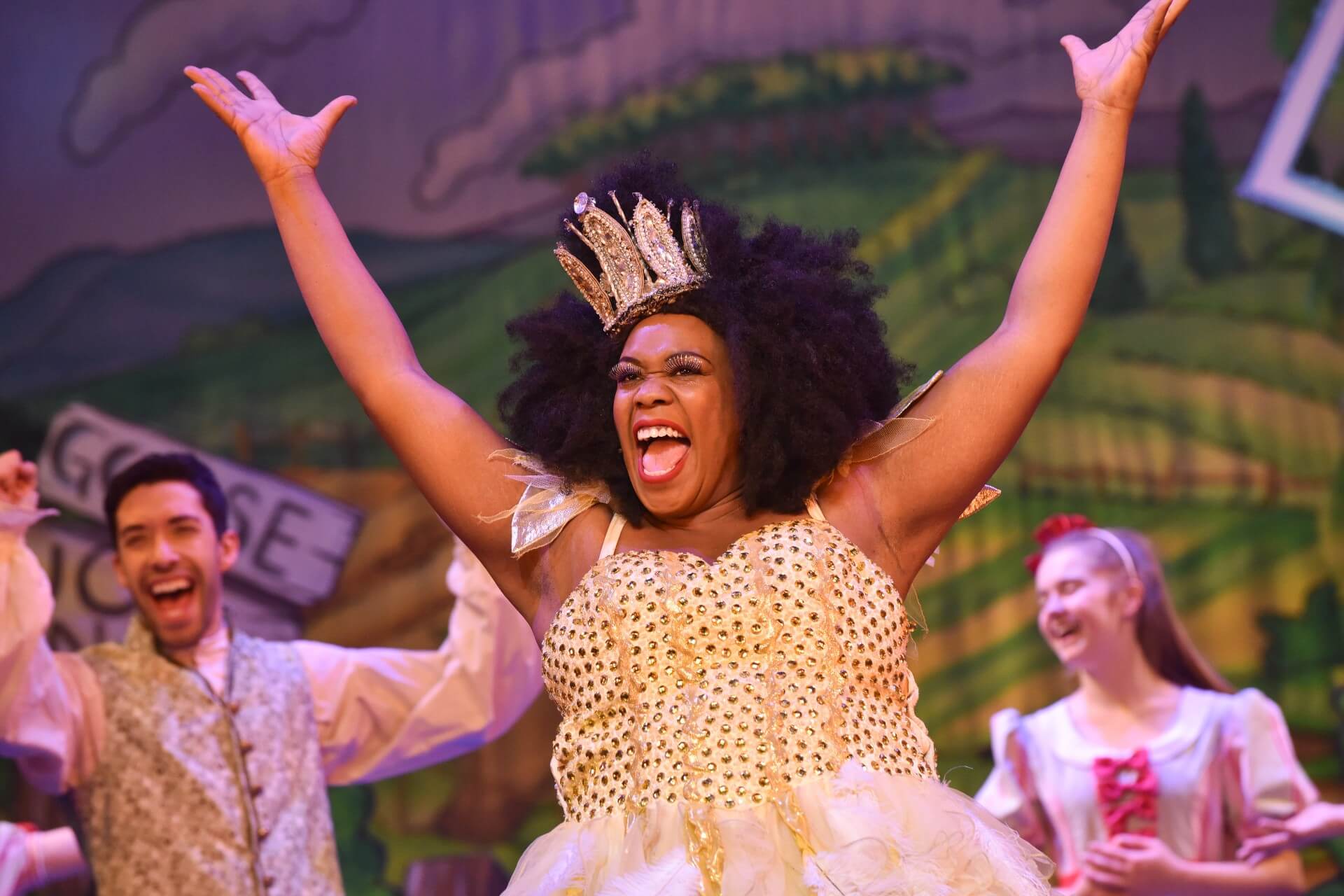 After Dan attended an Executive Summit in November 2015, Sheffield Theatres began a Capacity Building consultancy with TRG Arts in May 2016 and quickly identified their top priorities:

To take a fresh look at scale-of-house and pricing strategies
To grow membership, ticket sales and donations
To take a holistic view of the organisation’s structure and operations 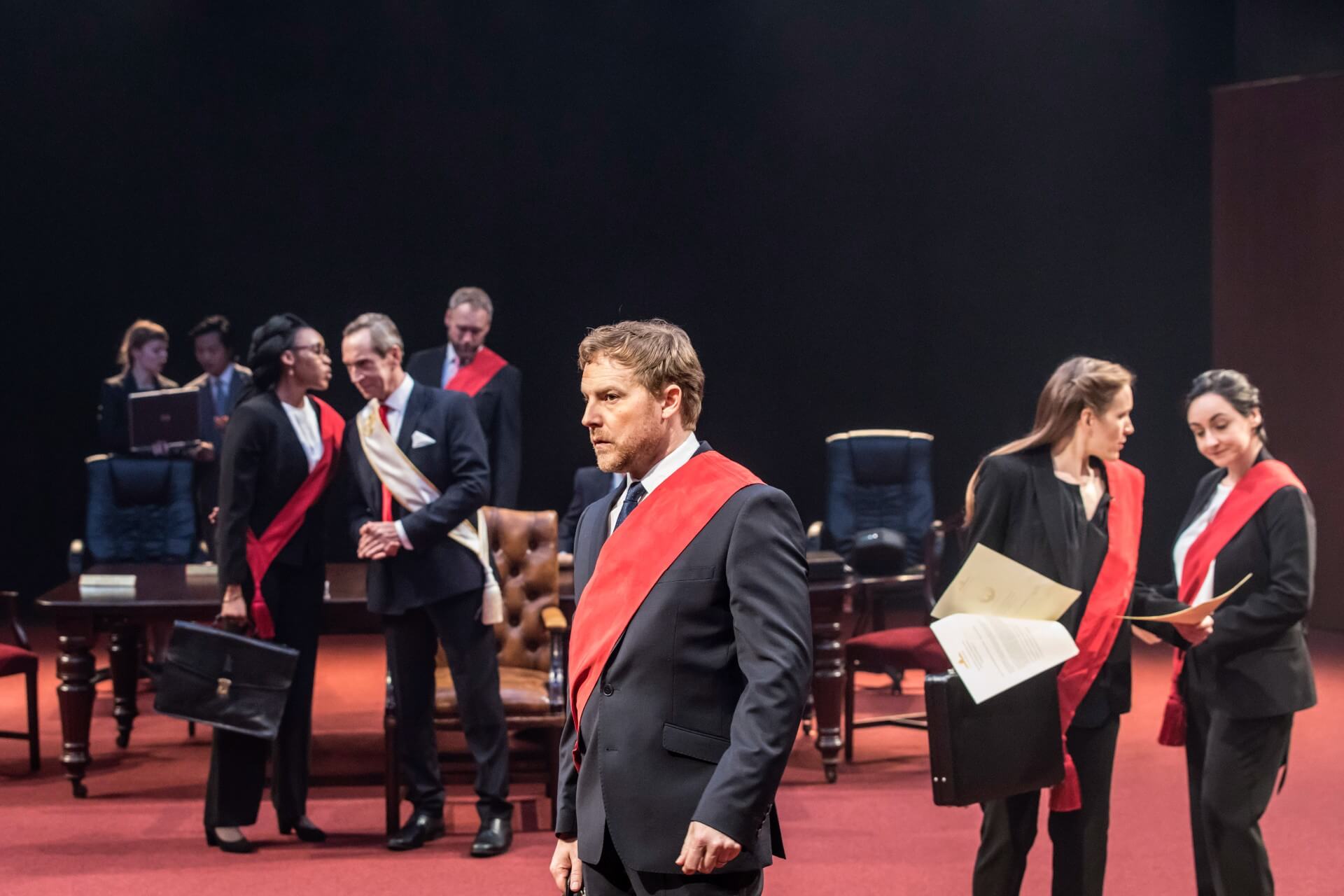 “What made us really interested in developing a relationship was the fact that TRG would look at much more than just ticket pricing,” added Claire. “We felt that there was real scope for our membership scheme to grow, and naturally we wanted to optimise the revenue that could bring. TRG had shown us that growth in our audience database was not driven by single ticket households, but that members bought three times as many tickets as single-ticket buyers. The existing scheme was cumbersome to communicate and administrate. We knew we needed to streamline it.”

“Fundraising was another area which had really accelerated over previous years, including a very successful match funding campaign. However, most of our donors already had multiple relationships with us – working with TRG offered us the opportunity to reach people who were completely new to our database.”

“Finally, we were excited by the prospect of working with TRG to explore how we as leaders could think differently and orchestrate change across the whole organisation.” Claire continued, with Dan adding, “That TRG talked to me – the Chief Executive – about ticketing and marketing, not just my colleagues in those departments, was really great. Their focus was about leadership, and taking responsibility in an informed way, but also about empowering staff. I knew this would be transformational for the organisation.”

“That TRG talked to me – the Chief Executive – about ticketing and marketing, not just my colleagues in those departments, was really great.”

With the help of TRG Arts, they:

Secured future sustainability through optimising revenue, whilst simultaneously strengthening core values:
Improved audience and actor experience through changes to scale-of-house plans and inventory management:
Fundamental changes in the way the organisation is operating to be more audience facing. 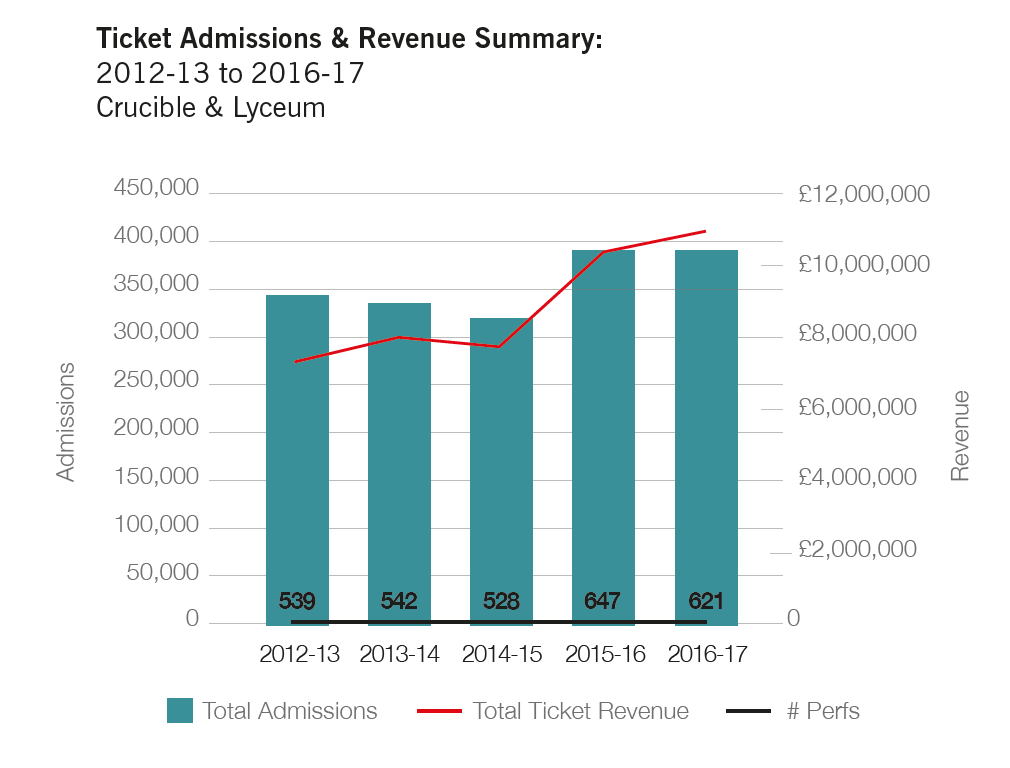 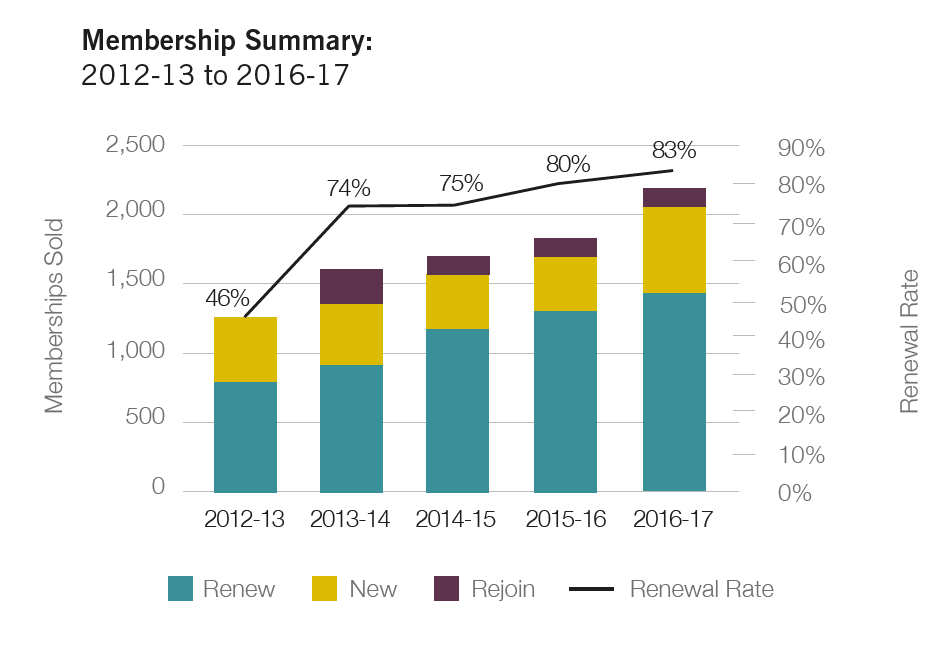 How They Did It:

The first phase of TRG Arts’ consultancy with Sheffield Theatres focused on revising scale-of-house plans and pricing structures for the Lyceum and Crucible, but even before those new strategies were in place the team was using a new-found confidence to experiment with simple dynamic pricing. 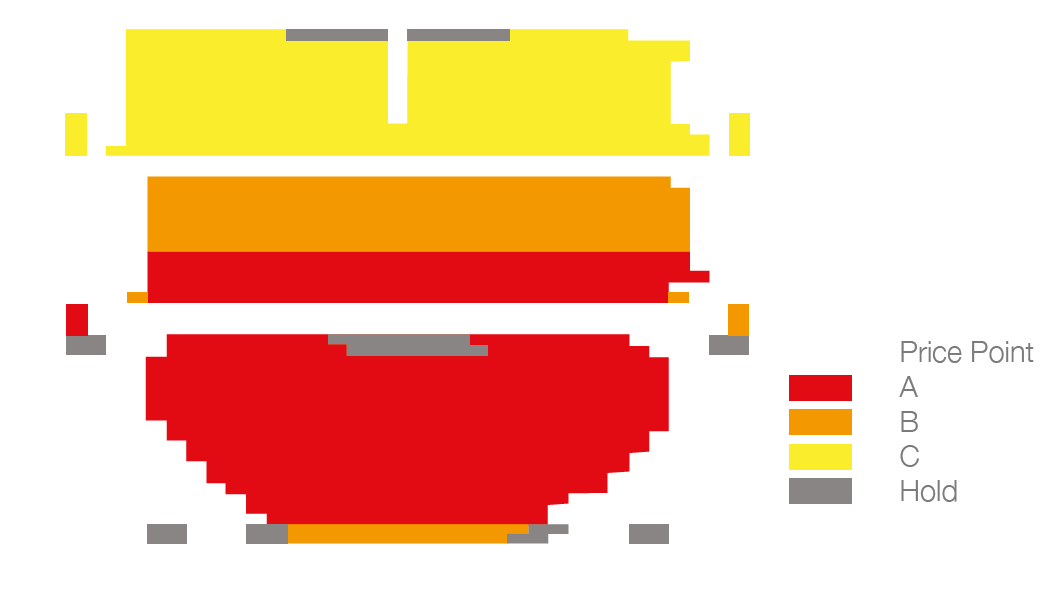 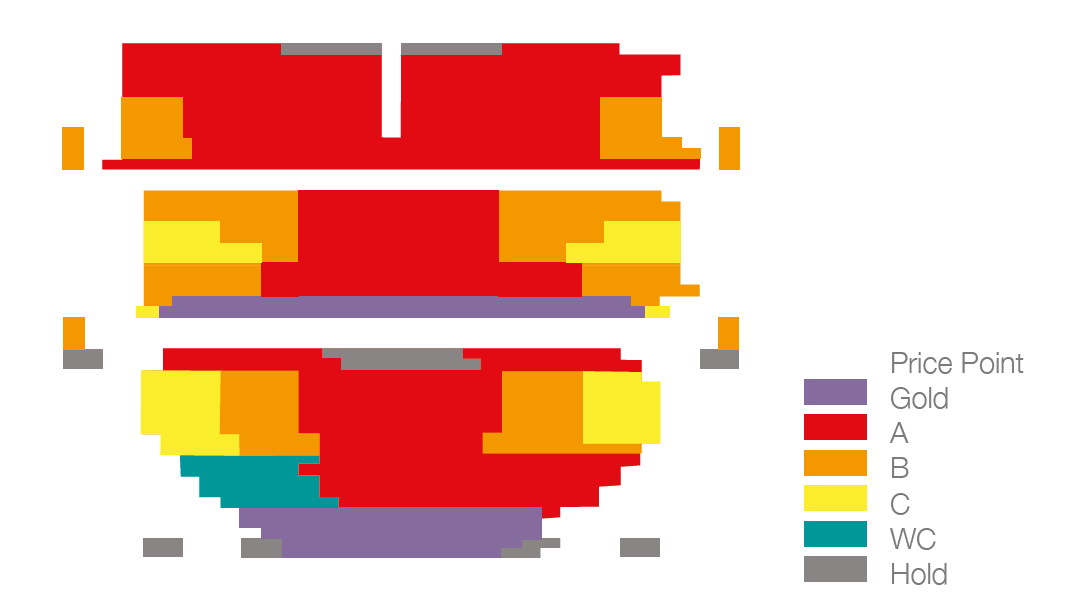 “The next big moment in the consultancy was addressing the annual Christmas pantomime in the Lyceum.” Dan explained. “TRG Arts suggested a revised scale-of-house plan to maximise revenue whilst ensuring more accessibility in the Stalls, and my first reaction was ‘Are you mad?!’ How could we reduce the price of tickets for the best seats in the house? But also how could we possibly take away concessions?” The new plan was dramatically different to the old, with premium prices in the front rows of the Stalls and Circle, entry-level prices available in the Stalls and Circle, and only the top two price bands available in the Balcony – following the understanding that the Balcony would only be released for sale if demand was sufficiently high.

Equally important was a drop to entry-level ticket prices – now £15, in line with performances in the Crucible – meaning a family of four could attend perhaps their first theatre experience for a much lower price and a much better seat in the house in the Lyceum than before. These changes resulted in a substantial yield increase for Mother Goose, the 2017 Christmas pantomime, of 18% on the year before.

“My second ‘Are you mad?!’ moment came when we looked at the non-Christmas shows in the Crucible,” Dan continued. “It is a deep-thrust theatre with the audience on three sides (see Heat Maps on page 7). It’s always been a democratic space with one price used and no bad seats, and you paid the same wherever you sat.” The revised scale-of-house plan took the house from one price band to three (but with no concessions), with entry-level tickets relocated to the front of the sides. This made a big difference to both the way the house filled and the resulting yield: the audience were spread much more evenly around the theatre, and although entry-level tickets are much lower than they used to be, yield has dramatically increased. 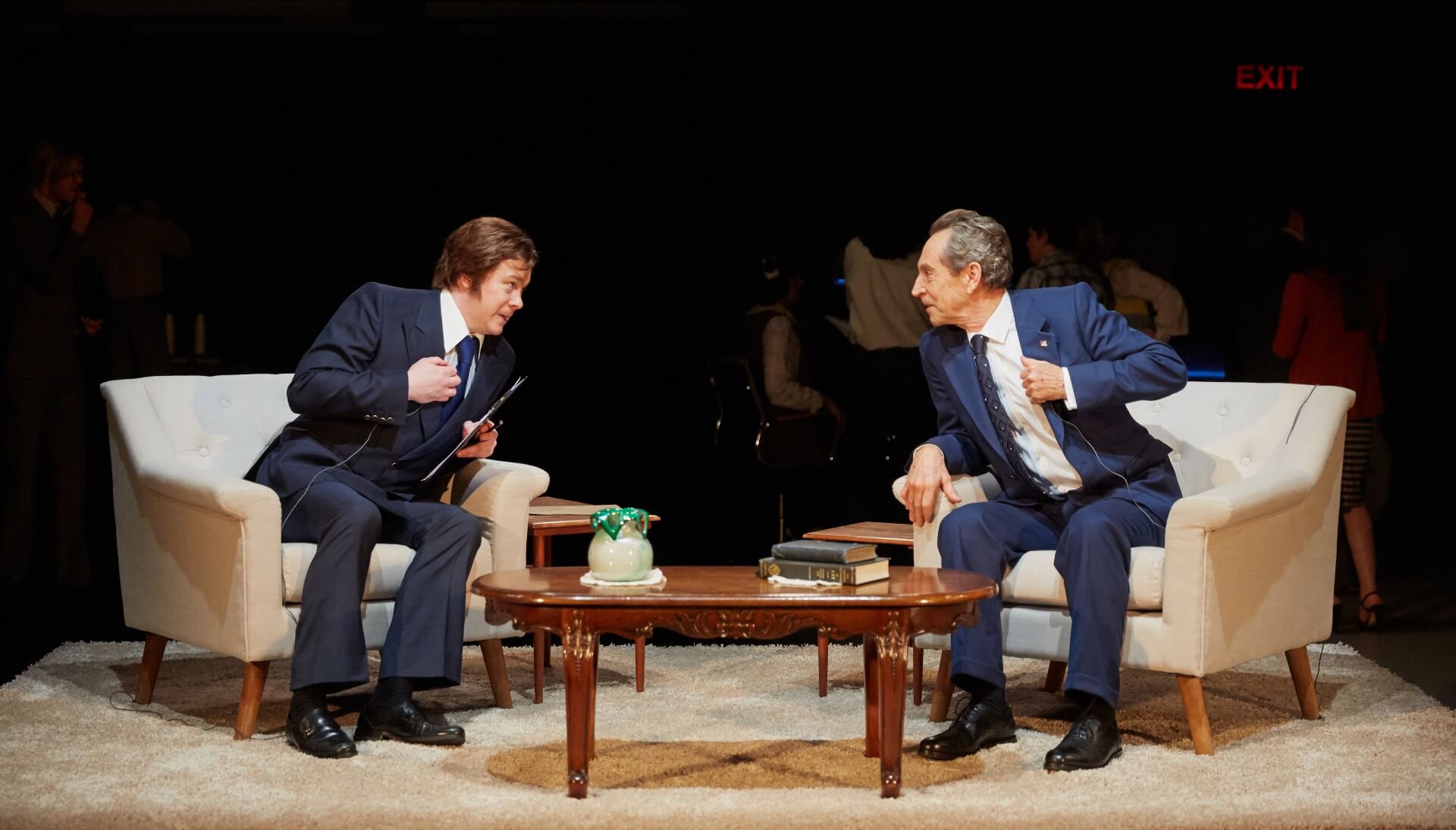 TRG Arts has also advised Sheffield Theatres on their membership scheme, with encouraging results so far.

“With TRG’s counsel we started off with some repositioning,” Claire explained, “looking at the way we presented membership in the brochure and how we communicated around brochure on-sale dates. We had been very show-driven, appealing to people’s interest in the work as a means to them wanting to become a member. Now we just focus on the benefits of joining, and it’s on page 2 of the brochure.”

The scheme has also been simplified from three levels (plus discounts for paying by direct debit) to two, and benefits have been standardised. As Claire says, “Now that everything is clearer there are far fewer queries coming in – so a level of administration has almost disappeared for our staff.” Only four weeks into the remodelled scheme, membership levels are up 35% from two years ago.

The confidence that the Box Office team has gained in presenting the pricing to customers is also creating a new confidence in making the fundraising ask at the end of the call. Claire explains: “The fundraising team has been making a bolder ask of our customers through point of sale donations – increasing the basic ask from £1 to £5. Initially the surprise was the increase in donations through online sales and now we’re seeing the Box Office competing with online donations because they know how powerful it is to make a personal ask. In 2014 Sheffield Theatres raised £14k through POS donations, in the last financial year this has increased to £45k.”

“The next stage is for us look at our closest relationships and consider how we might realise the philanthropic potential of our most loyal customers.” 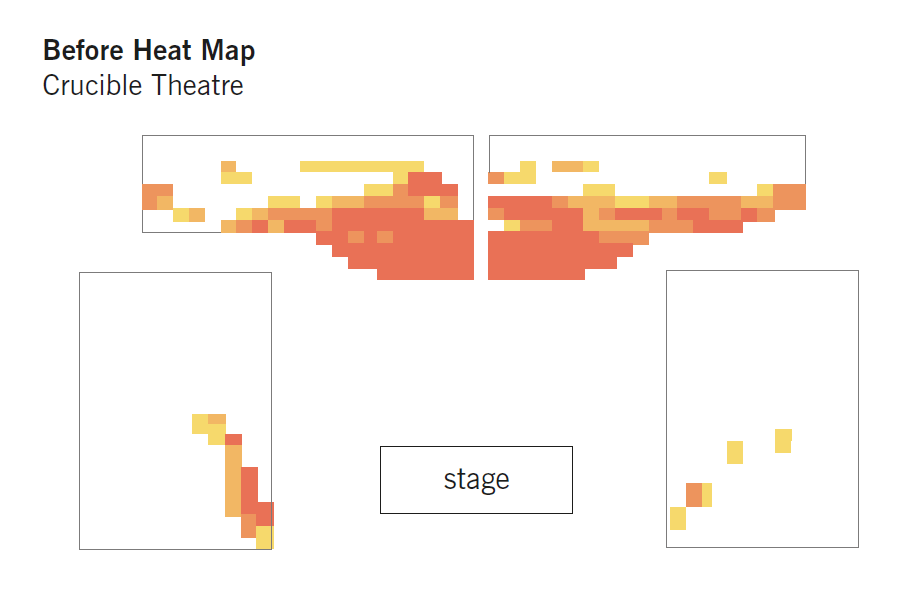 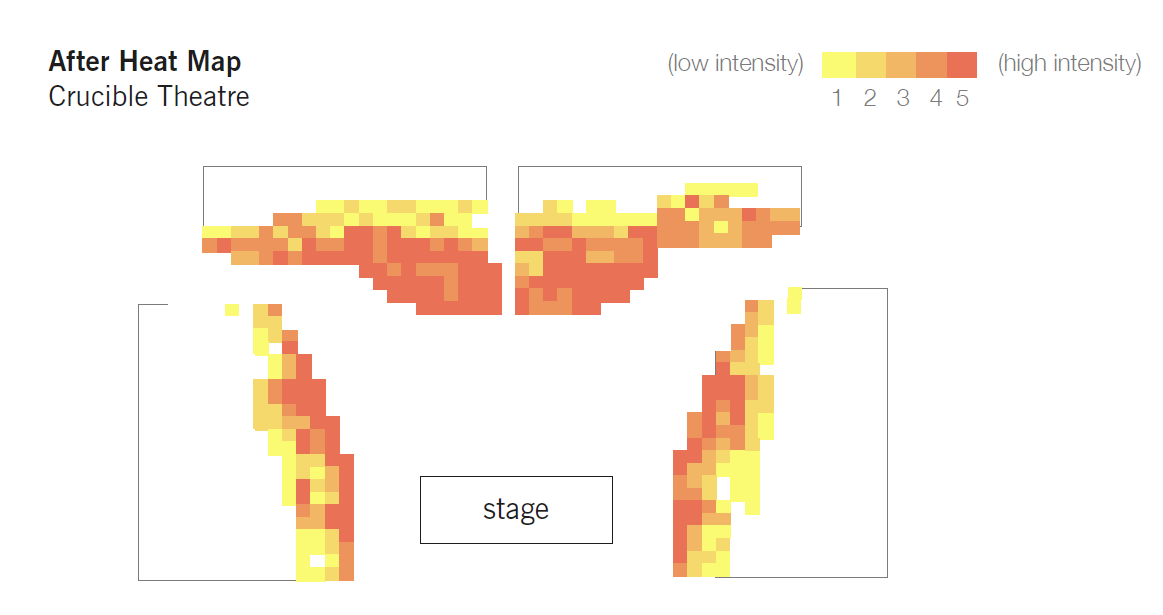 The most striking difference at Sheffield Theatres since the consultancy started has been within its leadership, and the empowerment of its staff. Dan recently asked Caroline, the Sales Manager, what the changes brought about by TRG’s counsel meant to her. “She said she’s giddy with excitement. If you wanted to buy a family ticket for four to our Christmas musical, you used to have to pay £146 – now you can come for £60. Knowing we can do that whilst protecting revenue – that’s magic.”

“We’ve got the confidence and willingness to be bold now,” Dan added. A new literary department has recently been funded after Dan secured a major donation; they’re commissioning more work, and have bigger shows planned than ever before. They’re reinvesting the surplus they made last year, supporting diversity in the organisation with a new fund and gaining more staff. 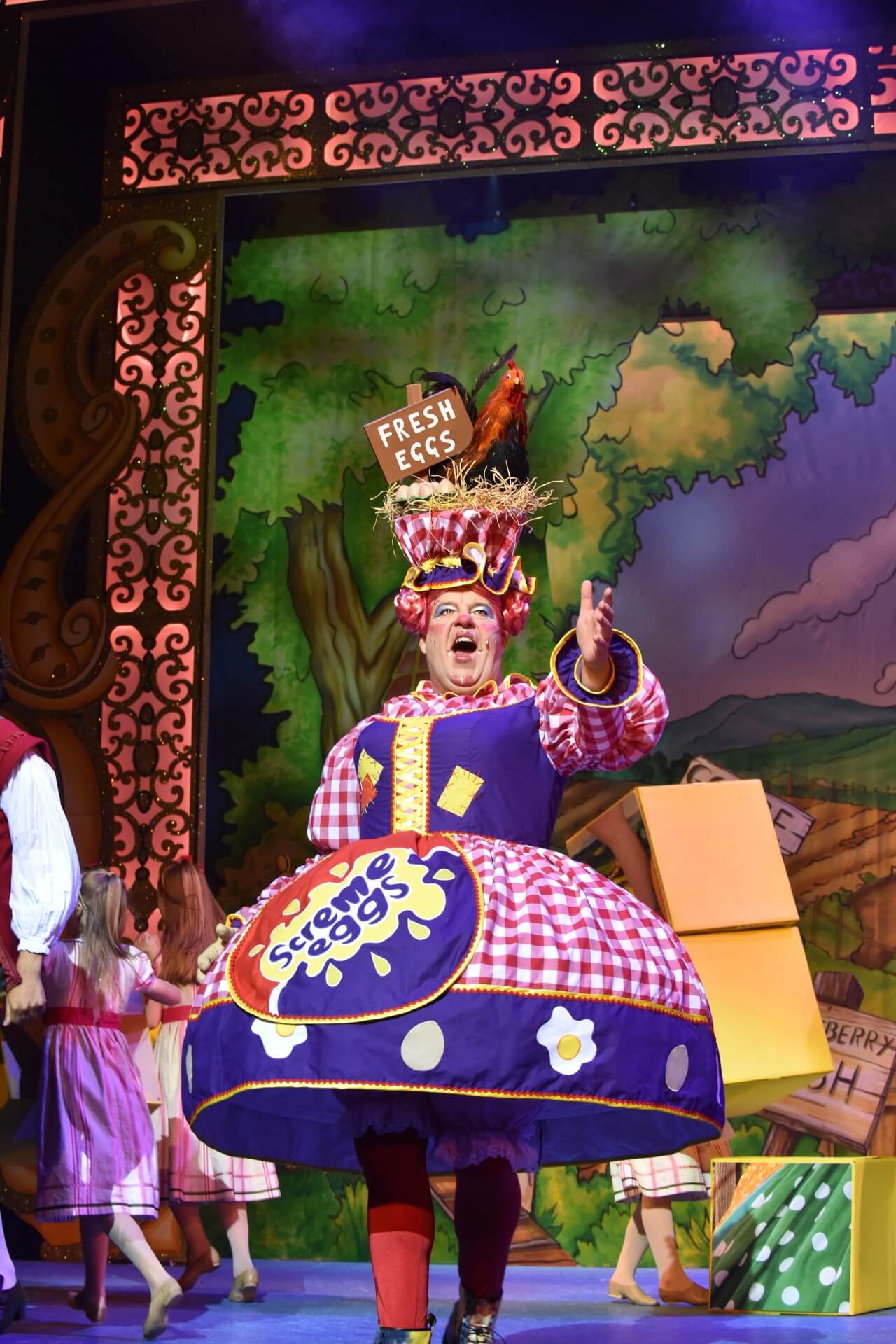 And of course they’re only part way through the consultancy. Still to come is a focus on fundraising, and taking the next steps in patron loyalty development; retention and reactivation efforts will be incorporated into monthly plans, and more time will be invested in leadership development.

“We’ve got the confidence and willingness to be bold now.” Dan Bates, Chief Executive

Taking pride in creating bold, passionate and enriching work, Sheffield Theatres is the UK’s largest producing theatre complex outside London and is home to the Crucible with its thrust stage, the WRG Sprague-built Lyceum, and the multi-format Studio.

It has now won Regional Theatre of the Year three times in The Stage Awards. Across its three theatres, the company produces a diverse programme of work, spanning a range of genres: classical revivals, new work, large-scale musicals and innovative and immersive theatre experiences. It presents the best shows currently on tour in the UK and works with theatre artists locally and nationally to nurture and develop new creative talent. Sheffield Theatres is working with TRG Arts in a Capacity Building Consultancy, TRG’s deep-dive engagement for organizations who want to shift their marketing operations toward a patron-centered approach. 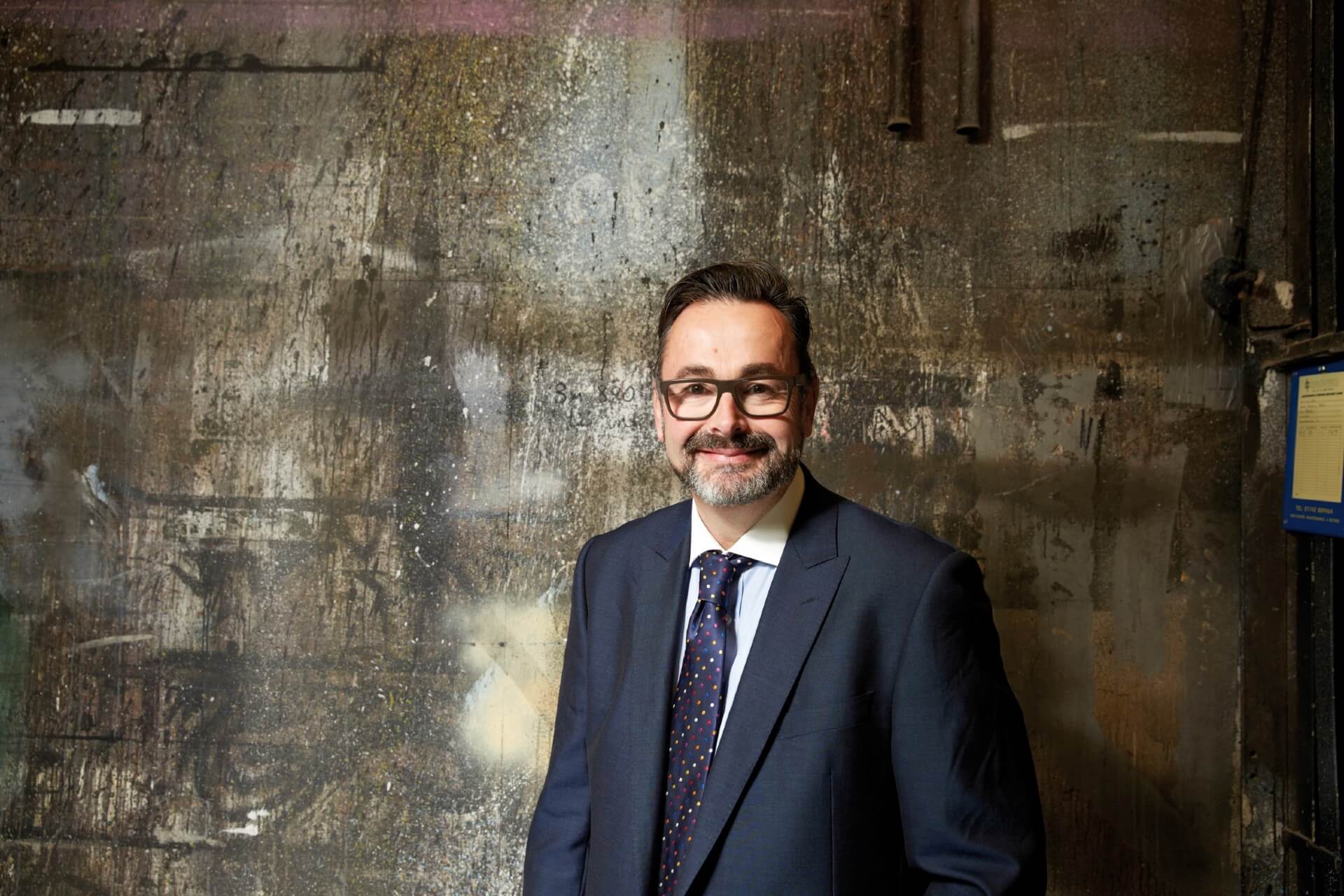 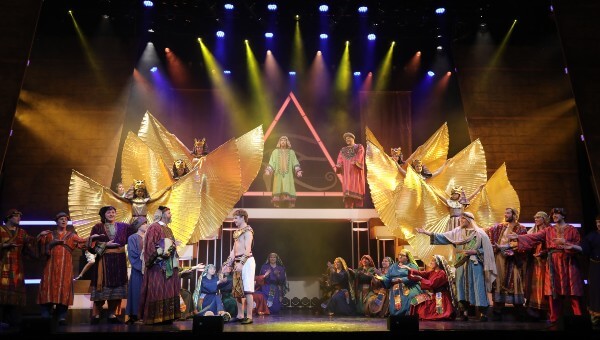 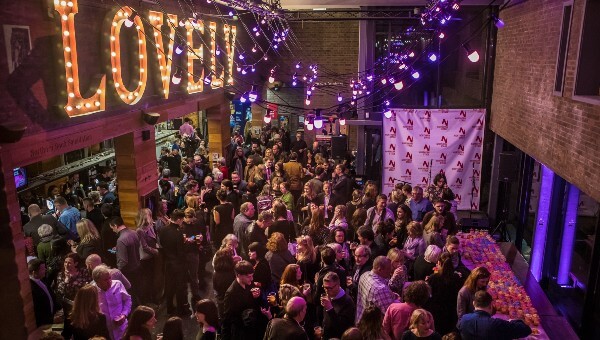 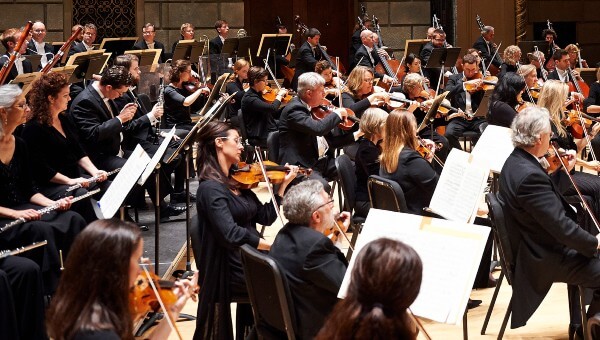